As anyone who has ever tried anything creative will know, it’s easy to get bogged down in the details. Even though you might start out with a simple concept, you’ll end up fretting over every tiny detail- which can prevent you from ever finishing off the final piece. It’s an issue that affects every branch of the creative arts, from writing and painting, to music and theatre. But what if that issue was simply taken out of one’s hands? That’s the concept behind the latest show by the BalletBoyz, Fourteen Days. Four composers and choreographers were given just two weeks to come up with a brand new short piece. The only pitch they were given was that the piece had to be based around the theme of balance- and remarkably, they’ve managed to pull it off! 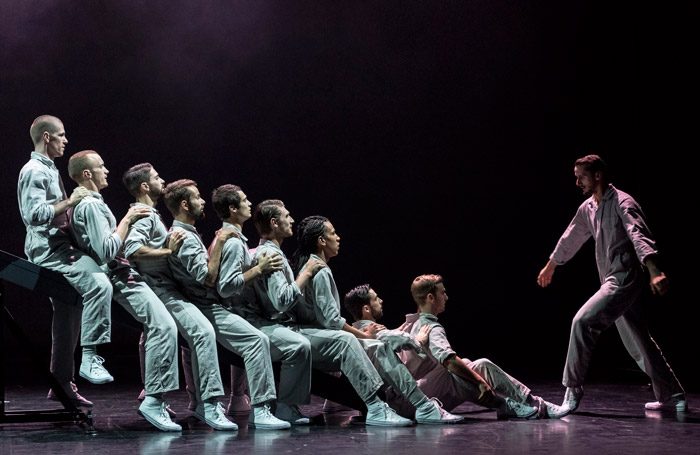 Usually, a dance piece would be a long time in the making, and come with lavish set designs. However, since the latest BalletBoyz show was deliberately put together in a rush, to keep the creators on their toes, there’s not much in the way of set design on display. That doesn’t really matter with a show this mesmerizing, though. Each of the four pieces fly by, meaning the novelty never wears off, and the audience remains on the edge of their seat throughout the show.

Putting together a new piece of choreography is something that the Strictly dancers have to do on a weekly basis, so it should come as no surprise to find out that someone from the hit BBC show is involved in Fourteen Days, too. However, it’s much more than just one of the regular dancers- instead, judge Craig Revel Horwood is responsible for the final piece of the night, entitled “The Indicator Line”. With heavy percussive dance and a non-stop pace, it makes for a thrilling end to the evening, and giving the dancers a fantastic opportunity to showcase their skills.

Of course, as with any ballet, the dancing itself is only one half of the story. The music is equally important, and the Fourteen Days audience are in for a real treat in this regard, too. Legendary musician Scott Walker has recorded an exclusive score to the four pieces, which works wonderfully throughout. Continuing the avant-garde direction his music has taken in recent decades, it also comes interspersed with soundbites and quotes that reference the turbulent times we’re currently living in. There’s nothing too politically overt, but it still works well to showcase just how crucial the arts can be in making sense of the world around us.

Fourteen Days is already a hit with the critics, as rave reviews come pouring in. The Telegraph praises the “blast of novelty”in their review of the BalletBoyz that comes with each of the four pieces, while the Guardian praises the show’s theme of balance as “a metaphor for our own small attempts to maintain control in a frighteningly unstable world.” Currently undertaking a UK tour until the end of December, Fourteen Days is an unmissable piece of theatre- so make sure you go and see it if you have the chance!